The Rodin Museum in Paris

Leaving Les Invalides in Paris, furrylittlegnome’s friend looked at our trusted map.  We would head over to a museum that gnome had not visited on previous trips to the City of Lights, and lucky for us, it was located next door to the golden dome that houses Napoleon’s Tomb.

Born in Paris in 1840, Auguste Rodin was a French sculptor.   With poor vision, Rodin was not a good student as he could not see things on the blackboard at school.  He found an outlet in drawing.  After being rejected, more than once to prestigious schools, Rodin earned a living as a bricklayer – a job he kept for over twenty years.  In the late 1870s, Rodin was re-inspired after a trip to Italy.   His first piece to earn praise was “The Age of Bronze”.  A few years after that, he was a household name. 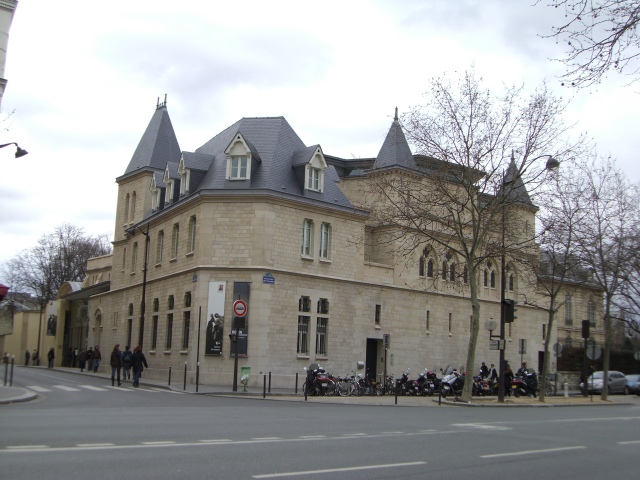 Inside, Rodin’s work is carefully spread out in sections of his life and work.  There is a monuments section, a marble work section, an 1880s section, etc.  Unfortunately, furrylittlegnome could not take photos inside.  When she took out her red camera, she was quickly told by staff “no pictures.”

The garden of the Musée Rodin houses two of Rodin’s most popular works.  Made of bronze, “The Thinker” portrays a male with his chin resting on his hand in deep thought. The idea came in 1880 but the project was not completed until 1904. The original casts are over six feet high. 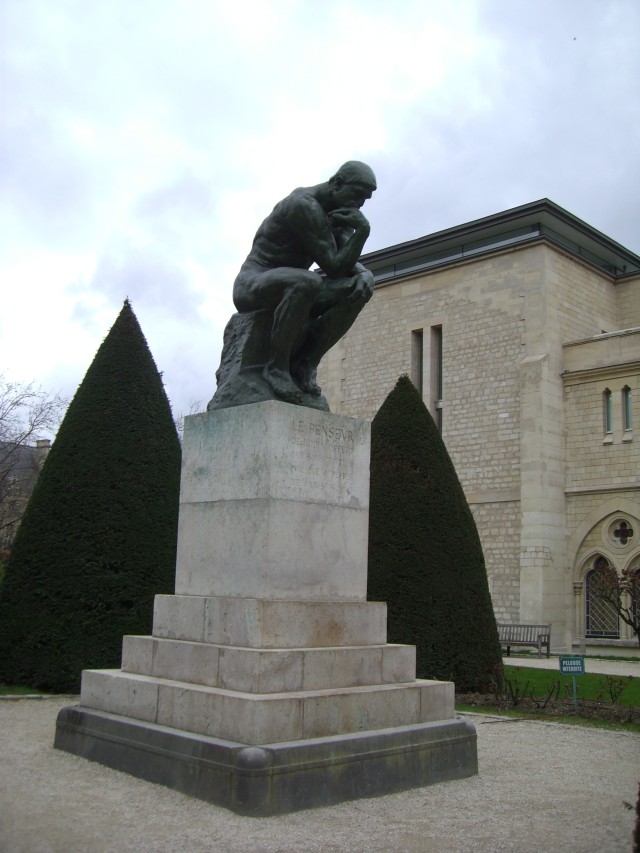 Standing twenty feet high, “The Gates of Hell” is an elaborate piece that Rodin worked on for thirty-seven years! Originally crafted in 1880 as two bronze doors for a museum, the sculptor was never happy with this piece and continually added and deleted things from it. If you look closely, you can see “The Thinker” at the top – before becoming an individual piece of work.  Unfortunately, Rodin died in 1917 and “The Gates of Hell” was not completed. 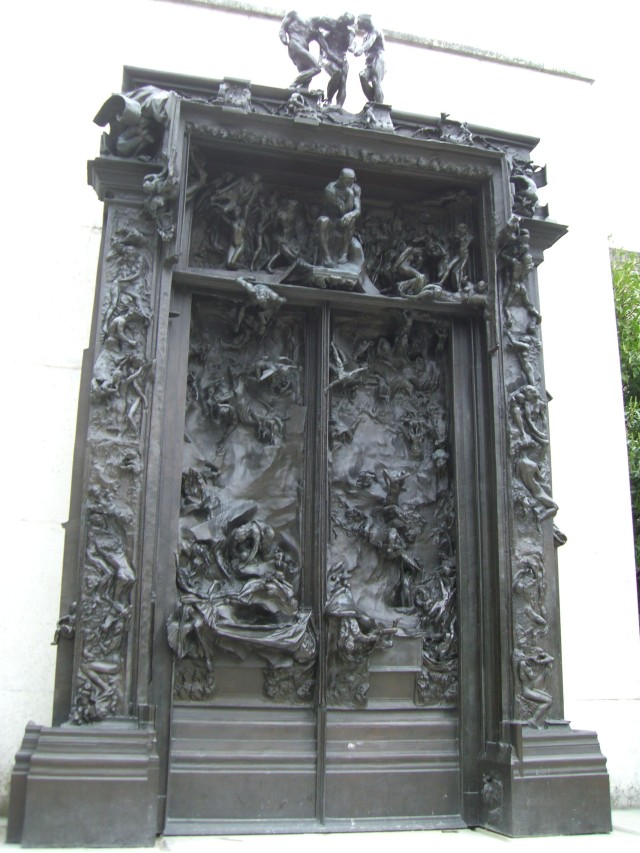 This small but intimate museum is definitely worth visiting and affordable. Adult admission is only 6 Euros, but remember, friends, like many other museums in Paris, the Musée Rodin is closed on Mondays.

6 Responses to The Rodin Museum in Paris