The city of Boston was abuzz last weekend as two powerhouse musicians came to town to put on a little show at historical Fenway Park.  Yes, ladies and gentlemen, furrylittlegnome was able to see “The Legends of Summer”  tour at one of America’s most famous ballparks.  In town for two shows, the tour supports Justin Timberlake’s third album, “The 20/20 Experience”, and Jay Z’s “Magna Carta…Holy Grail”. 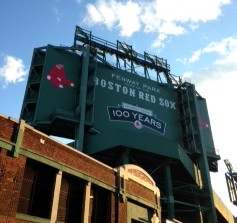 Before taking our seats, souvenir stands and merch tables were everywhere. 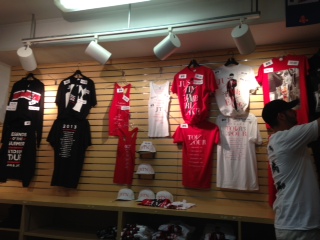 It was surreal for furrylittlegnome to be on the Fenway field.  The stage was set up in front of the “Green Monster” and gnome had a pretty good view.

As show time drew near, the stage lit up, and apparently, so did everyone else.

In front of the pack of gnomes stood a couple of young men who obscured furry’s view and decided to drink heavily and smoke (not cigarettes) the entire night. Should we be offended that they offered everyone, but us, a hit?

The lights dimmed, and the crowd roared.  The first song of the night was Jay Z’s “Holy Grail”.  The noise.  The singing along.   The dancing.   Furrylittlegnome had no idea that this rapper, married to Beyonce, had such a cult following and actually, pretty vile lyrics.

Jay Z and Justin Timberlake sounded great.  They performed together and solo.  Here are some photos – sorry, but furrylittlegnome is only fifty-eight inches tall… 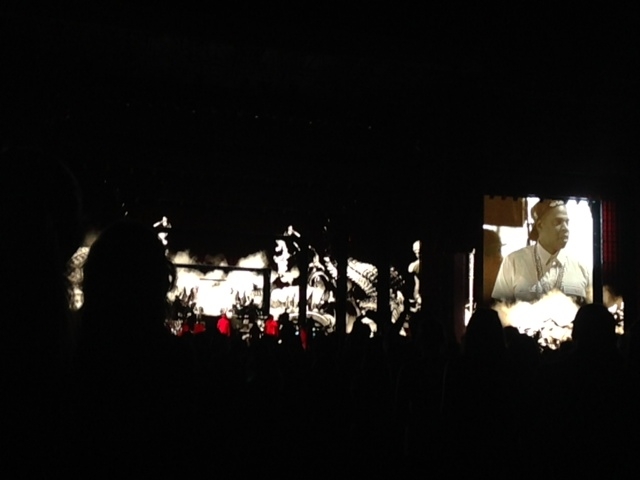 4 Responses to Justin Timberlake and Jay Z at Fenway Park