Fit for a Queen (or King)

Last week, furrylittlegnome took her readers on a walk through Whitehall – the epicenter of British Government and home to lots of memorials along the way. We stopped at Trafalgar Square; not knowing whether to head over to Piccadilly Circus (and up to Regent Street to visit Burberry) or to turn left and head towards Buckingham Palace.

The Admiralty Arch was enticing and gnome passed through – entering The Mall. A long and spacious roadway, most of us know The Mall from television seeing carriage rides for Royal weddings, Queen Elizabeth’s jubilee celebrations and other fancy activities.

St. James’s Park lines the left hand side of The Mall. It was built by King Henry VIII in 1536. Lots of greenery and shrubs to see and that’s about it. The right hand side of The Mall is a different story and where our fun is. Below, we see a statue, unveiled in 2009, of the Queen Mother and her husband, King George VI. The current queen’s beloved mother died in 2002 at age 101. You can read about the dedication here. 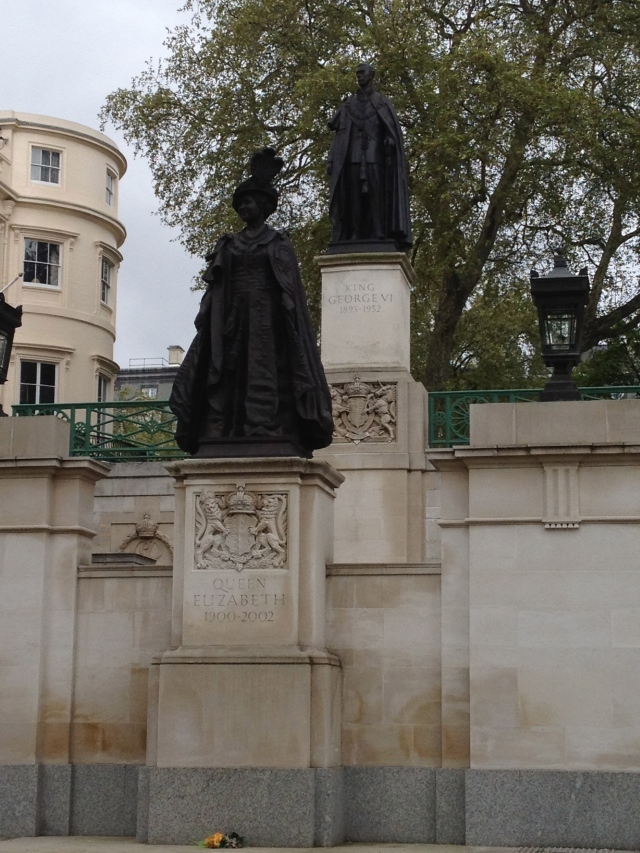 Whatluck! Gnome and her pack came across a heavy police presence and a group that contained tourists and paparazzi – all with cameras ready. This picture does not show you, but trust furrylittlegnome, that is His Royal Highness leaving the grounds in a Range Rover and heading literally next door to Buckingham Palace! 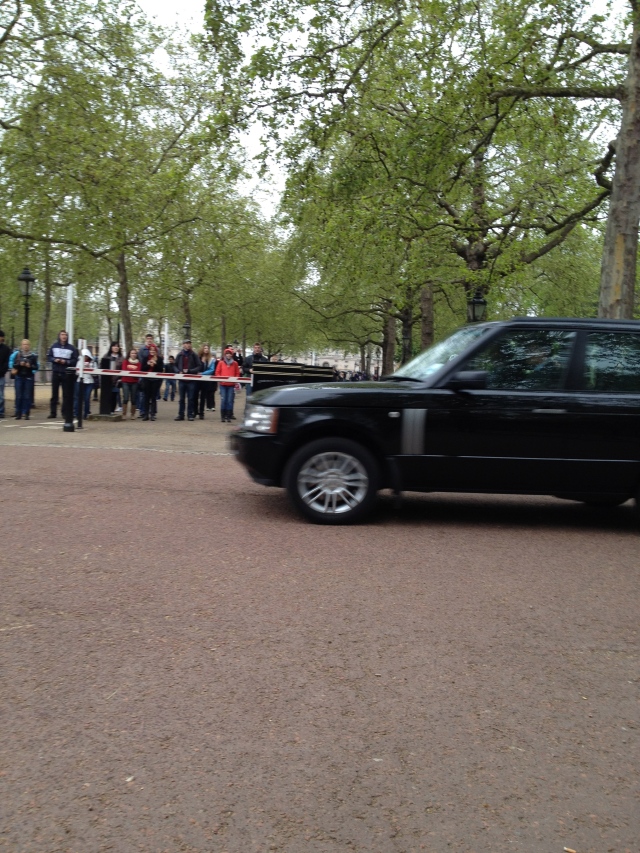 Buckingham Palace, the official residence of Queen Elizabeth II, greets us at the end of The Mall. The palace’s first sovereign to live here was Queen Victoria in 1837. 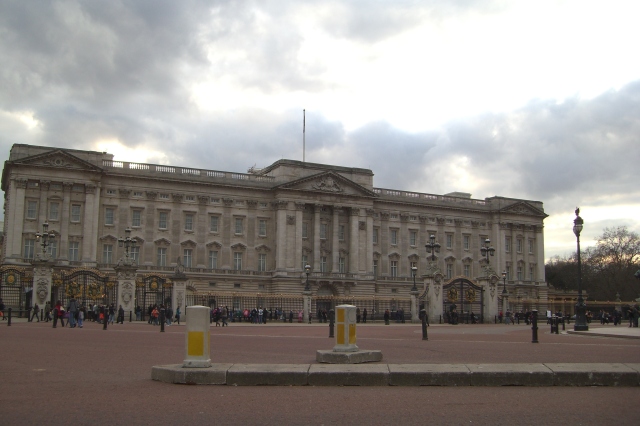 First, we take a look at the Queen Victoria Memorial in front of the palace. It was unveiled in 1911. 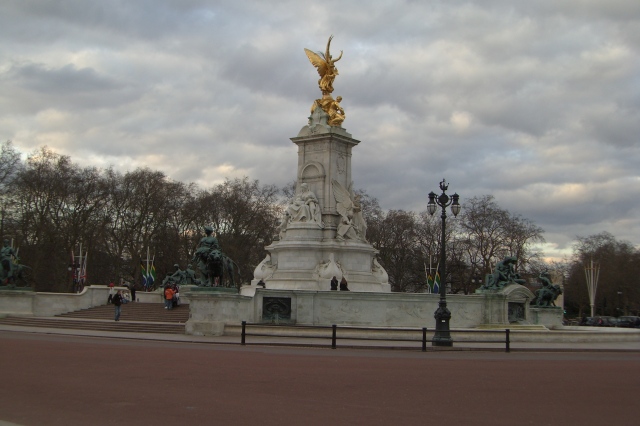 Take note of the signs displayed outside the palace!

Keeping in tradition with the rest of London, the palace gate is black (during Queen Victoria’s period of mourning, all gates in London were painted black and remain that way today). It is giant. It is magnificent. 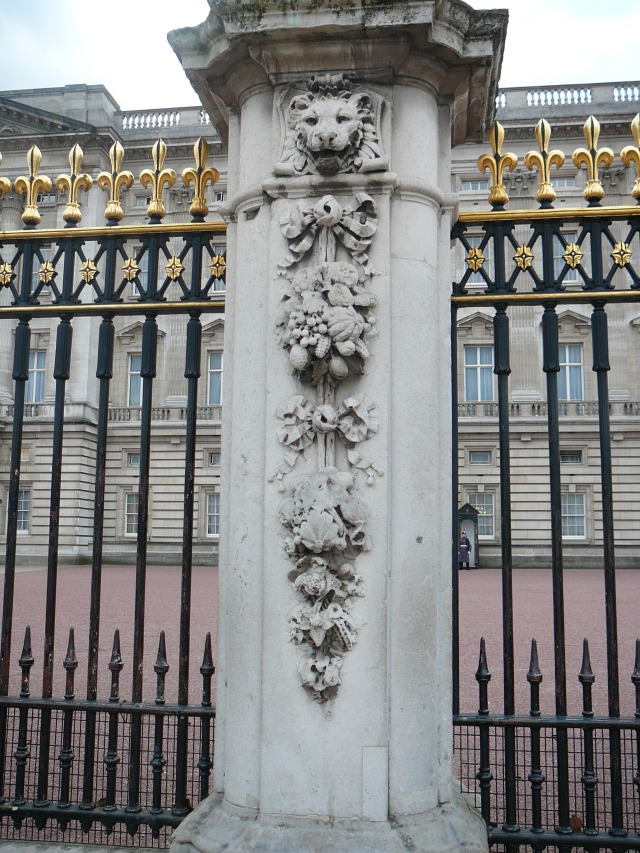 Furrylittlegnome hopes you have enjoyed our sightseeing along The Mall. Until next week…

9 Responses to Fit for a Queen (or King)