Quelle Horreur!
It was almost a month ago, the 20th of May to be exact, when furrylittlegnome stepped into the Petit Bateau store in Boston. She could not believe her eyes! The store was rearranged. Boxes were everywhere. Signs reading “30% off” were placed throughout its 171 Newbury Street location. Then, Dan, the store manager, came over and broke the news softly to gnome, “We’re closing. We actually started our sale today…” 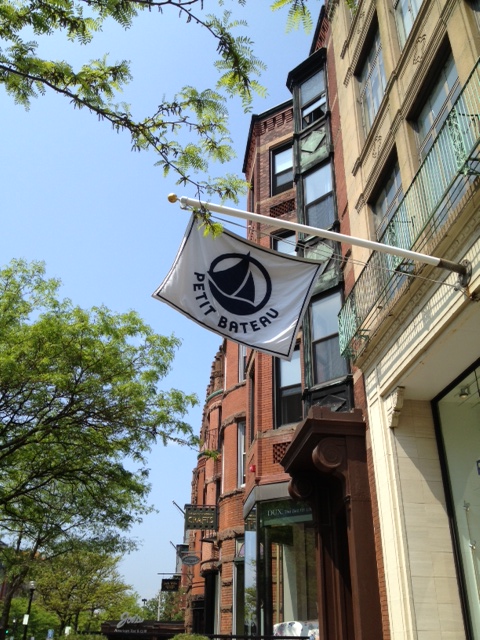 With stores dotting the globe, including all over the European continent, Asia and soon, only one store in America (Beverly Hills), the Petit Bateau clothing brand is known throughout the world for its luxury cotton pieces for men, women and children. In 1893, Pierre Valton created the brand in Troyes, France and made cotton underwear for French soldiers in World War I. After listening to a children’s song in the early 1900s, Petit Bateau became a luxury underwear brand for children. Since then, Petit Bateau has expanded into nightwear and daywear.

The brand’s big break came from an unlikely source. If you can believe it, we have Karl Lagerfeld to thank. Yes, that Karl Lagerfeld of Chanel fame. In 1996, Lagerfeld dressed his models in Petit Bateau t-shirts and sales took off. Hence, Petit Bateau added sizes 14-18 years (more recently size 20 years) to fit small framed adult women and added color into its palate.

The storewide markdown is now 40%. As word of mouth has spread throughout the Boston area, the inventory has dwindled rather quickly. Boxes full of free hangers line the store entrance. Longtime customers, including furrylittlegnome, have been given tokens of appreciation (gnome scored the original Petit Bateau print in a frame that once hung in the store and some old fashion pins).

There was a recurring song that played throughout the store, and those of us who spent time there did not know if we could listen to the child say “Petit Bateau” once more, but there will come a time, pretty soon, as a matter of fact, when we will actually miss it.

12 Responses to The Little Boat